Some of you asked why we decided in favor of the Humm and how it's different from the most popular system, DISC.

“Why haven't I hear of this fabulous system before,” people have told us once they discovered the power of Humm-Wadsworth.

You find my DISC profile below. You might already be familiar with DISC because it's the most common and widely used tool. What does it tell you about me?

That I'm not good with details and you should not hire me as your accountant or programmer? That's probably true.

The DISC model is by far the most popular model for personality profiling. They have developed it from the book “Emotions of normal people" that William Moulton Marston published in 1928.

The DISC uses two personality traits: Sociability and assertiveness: and depending on your answers on the questionnaire (24 questions á four options); you end up in one of four quadrants. The results are analyzed and presented as a graph.

DISC is assuming that your type is fluid and situational. You could be dominant at home and compliant at work. You can be in a different quadrant socially than at work, and move into a different quadrant depending on what you're doing and at which level you are doing it.

Many corporations trust in DISC to help with their hiring decisions, especially in sales. Some salespeople took the test several times and are experts at navigating through the forced-choice questioning. Gossip on the street is that some recruiting agencies coach their clients on DISC.

The origins of DISC

I feel one should do their homework before speaking out. Typically, I would have read “The Emotions of Normal People” completely, before I make the statement that the Humm is the superior tool for understanding people.

Here is a quote from the book that is highlighted as the essence of the method. :

“The total of psychonic (synaptic) excitation, existing at any given moment in the subject organism as a result of reflex tonic motor discharge, may be called for convenience, the „motor self‟. Definition of the term does not include any phenomena not objectively described or indicates. Phasic motor impulses forming psychonic conjunction with tonic motor excitations may be conveniently termed „motor stimuli‟, and are to regarded as being in exactly the same relation to the motor self as are afferent impulses to the organism's sensory mechanisms. Motor stimuli thus objectively defined, are not to be confused, under any circumstances, with environmental stimuli, which may be defined as objects or forces acting upon the organism's sensory receptors.”

German is my first language, and we could owe my inability to make sense of the literature to this.

While the text is written in gibberish, or I lack the intellectual capacity to comprehend it, I could take the test. By the way, I am convinced that my “green bar” is not accurate and should be bigger. So, here's why:

The forced-choice questioning (pick one of four adjectives) can lead to high scores in “dominance” even when a person is not dominant. You might pick one adjective as the lesser of four evils because you're not compliant or submissive. However, that doesn't imply you are dominant.

The test cannot distinguish if I chose the “dominant adjective” because I am dominant or because I avoid being influential or compliant.

The number means nothing because it's self-reflective. If you score 70 in dominance and I score 80, does it say you're less dominant than me? Alternatively, is dominance a more significant part of my personality mix, but you're still more dominant?

That I might be more interested in dominating than complying, influencing or submitting, doesn't mean that I'm dominant relative to other people. However, that's what HR (the single biggest user of DISC) wants to know. They aim to compare candidates.

As renown Coach and Presenter Chris Golis pointed out, the DISC system cannot detect the corporate psychopath. Any personality test should be able to identify them because they are the most dangerous people, without remorse or feeling of guilt.

DISC is too simple (even though the original book might suggest otherwise.) It creates a two-dimensional view of someone's personality. To accomplish that, someone needs to fill out a questionnaire. DISC provides a conclusion, but not a solution. ("What now?")

Not only do I feel the test is easy to cheat, at AC BrainDiamonds we were not looking for the best questionnaire, but the best option to help our clients influence other people by creating trust and connection.

Our clients are rarely in the position to pull out a questionnaire before they improve or developing a relationship.

We don't aim to help people understand the personality of others. Personality is relative and situational.

We want to work out someone's consistent emotional response, to predict their behavior, learn what makes them tick and how we can best support and serve them.

Our approach is to understand someone's temperament, their primary motive, what makes them tick.

The DISC states that personality is fluent and situational. Someone could be selfish and greedy at home and sociable and friendly at work. I cannot entirely agree with that. If you're led by greed, you're led by greed in any situation, whether you chose to cover it up.

I might be an unorganized person but put in effort to seem organized at work, to avoid getting in trouble. However, I'm still a disorganized person. Knowing how I behave is not enough.

To create change, you must understand the WHY and the WHAT. By “WHAT” we mean what you can do to get through to me. 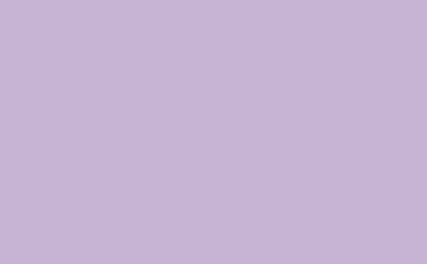